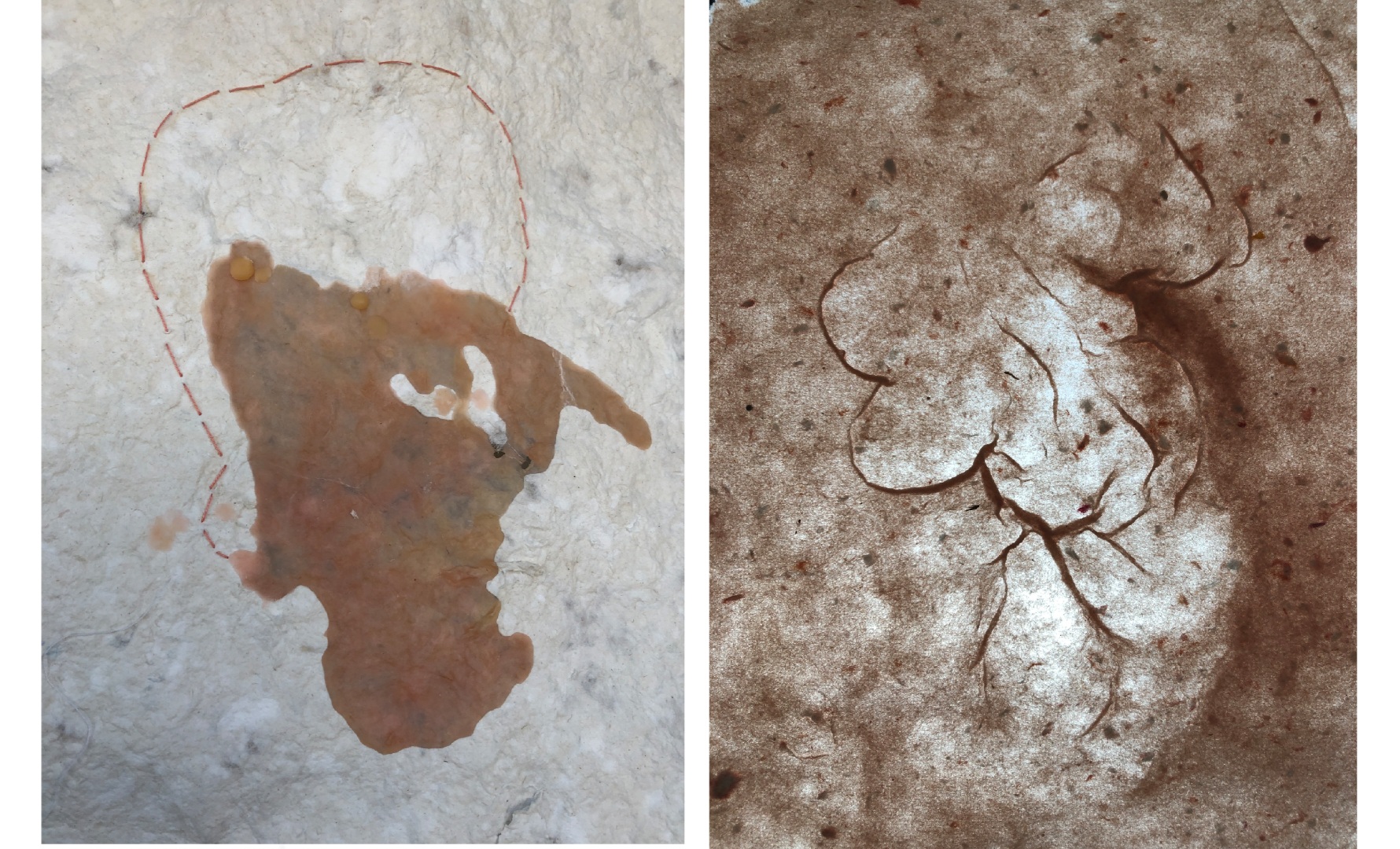 Laura Hasanen is a Finnish-American artist currently based in Helsinki. She received her BFA from the School of the Museum of Fine Arts, Boston in 2015. She is currently pursuing her MA in Nordic Visual Studies and Art Education at Aalto University.

Laura works primarily as a papermaker and sculptor. Her work focuses on the relationship between body and material, drawing inspiration from embodied investigation and spontaneous reactions that derive from engaging with various mediums. She often works with themes of connectedness, caring, and the human body.

Oh, I Thought I Could Contain it
“…grief displays the ways in which we are in the thrall of our relations with others that we cannot always recount or explain, that often interrupts the self-conscious account of ourselves we might try to provide in ways that challenge the very notion of ourselves as autonomous and in control.”
Judith Butler, Undoing Gender

“One does not always stay intact. It may be that one wants to, or does, but it may also be that despite one’s best efforts, one is undone, in the face of the other, by the touch, by the scent, by the feel, by the prospect of touch, by the memory of the feel.”
Judith Butler, Undoing Gender

Oh I Thought I Could Contain it is an exploration of Butler’s concept of undone-ness through material. The works serve as a way to capture shifting states of containment and release/ vulnerability and impenetrability. Through material exploration, I’m attempting to show how these states make visible the ephemerality, vulnerability, and permeability of being in relation.